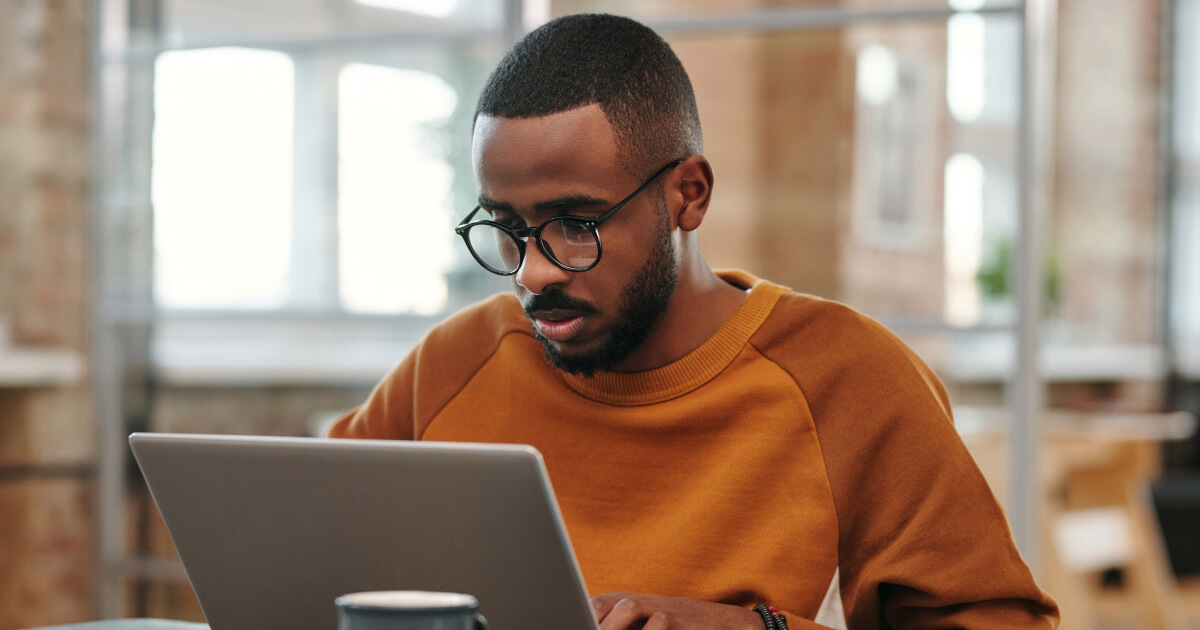 The financial benefits offered through R&D tax credits are a great way to encourage business growth, but it can be difficult to correctly determine which scheme your organisation is eligible to claim for a qualifying project under: SME or RDEC or both?

Both schemes offer tax relief on eligible expenditure but not at the same rates and there are some differences between these schemes around allowable expenditure types, which can have significant impacts on the overall financial benefits available to your organisation.

What are the two schemes for R&D tax credits?

Since 1 April 2002, there have been two schemes running side by side giving tax relief under the R&D tax credits regime but there have been a few changes made over the years so it's important to ensure the most up to date set of tax rules are applied.

A quick glance back at the evolution of tax credits:

What is the difference between the financial benefits of the two schemes?

The SME scheme is currently much more generous than the RDEC scheme in terms of the tax/cash benefits delivered via an R&D tax credits claim.

Rates of relief can result in financial benefits worth between 25% and 33.35% for every £1 of qualifying expenditure identified, depending on whether the claimant company was profit-making or loss-making in the relevant tax year.

Under RDEC, by comparison, the tax/cash benefit is currently 10.53% for every £1 of qualifying expenditure.

RDEC, despite offering lower rates of relief, can still bring significant tax benefits to large companies, whose R&D investment is often much greater in comparison to SMEs, running into hundreds of thousands of pounds worth of tax relief.

Unlike the current SME scheme, RDEC also showcases a company’s R&D investment, boosting company results by being accounted for “above the line” to show as income and reflected in profit before tax.

How to know which R&D tax scheme applies

There are a number of aspects that need to be considered collectively to work out which scheme your company is eligible to claim under. SMEs are defined by their size based on:

These tests to determine eligibility are collectively referred to as ceiling tests for R&D tax credits purposes.

The ceiling tests thresholds can become complex to determine but are essential to get right. As noted above, not only are the rates of relief very different, but eligible expenditure categories also differ slightly between the two schemes.

Who ceilings tests apply to

This is often an aspect overlooked by companies, meaning they wrongfully claim under the SME scheme as they don't realise they should factor in other group companies or other groups linked by commonality of beneficial ownership, for example.

When to consider ceilings tests

Ceiling tests must be considered annually with the relevant data for 3 consecutive claim periods looked at to determine a claimant company’s status as an SME. This is because failing the ceiling tests for a single claim period does not always automatically change a company’s claim status from SME to RDEC.

In other scenarios, company takeovers or demergers alter the status quo when applying the ceiling tests and in these cases there are more legislative rules to be worked through and applied to conclude on the status of a company.

Even in cases where your company meets the ceiling threshold tests for SME status, there are other matters to be considered by reference to other areas of R&D tax legislation to determine whether a project is to be categorised under the SME scheme or RDEC scheme.

On a project by project basis, due thought must be given as to whether any other factors mean a project must be claimed under RDEC, or even whether your company is entitled to claim for a particular project at all.

To (try to) simplify things, let’s look at further aspects to consider under 3 broad areas...

1. Whether your project is self-led

Is your R&D project self-led? This means your organisation identified its own project, and is undertaking development work to meet your own goals/objectives/outputs either to solve an internal problem to benefit your business where there is not a direct saleable output e.g. developing an IT system; or you are developing something without a specific customer in mind e.g. you are looking to develop a new or improved product to solve a problem in your industry. In this case, provided you meet the ceiling threshold tests, you'd likely be able to claim under the SME scheme, unless funding causes complications! We'll dig into that below.

If your project isn't self-led, it may be customer-led. There are a number of ways this could manifest, and it is not possible to provide definitive scenarios and answers. So for simplicity, let's look at a couple of scenarios:

A customer focus group tells you they may potentially be interested in buying X if it was available – this helps you to set the commercial specifications for a new product/device/material/processing capability and, in turn, you go on to define a qualifying development project by reference to the scientific and/or technological specifications under pinning this. In this scenario, there is a good chance that your work project may be claimable under the SME scheme (again assuming ceiling test thresholds are met), and also subject to considering how your work is funded.

A customer contracts with you for the supply of goods or services. They will be paying you for the solution/output. The factors to consider here are more involved - whether or not your project can be claimed under the SME scheme will depend on a) whether the R&D has been subcontracted to you and if it hasn’t then b) whether the customer has funded the qualifying expenditure. More on this below...

2. Are you undertaking qualifying activities as a subcontractor?

Each contract must be considered on its own merits to reach a conclusion. Some key considerations regarding the complexities of subcontracting are:

It is important to outline the tax technical filing position taken within the legislative framework so HMRC can see the complexities have been considered, understood and applied to your situation. If you conclude the R&D project has not been subcontracted to you then HMRC may not agree with the view taken and investigate this further to satisfy any concerns they may have. In this case, it will be up to you to convince HMRC why your conclusions are correct.

Where a qualifying R&D project is subcontracted, you must then determine whose R&D it is - in other words, which party to the contract is eligible to claim. The table below provides a useful summary for determining whether your organisation can claim at all and if you can, under which scheme you can claim. You will see that this is driven by your company's status as an SME or non-SME (a Large company), this status being determined by the ceiling threshold tests.

Note that a large company (a company that must claim under the RDEC scheme) cannot ever claim for R&D that it subcontracts out to another company. However, an SME who is the contracting company will always be the one who can claim and under the SME scheme, regardless of the status of the subcontractor. The table also demonstrates that in some circumstances, an SME undertaking R&D work as a subcontractor may still be able to make a claim for qualifying expenditure associated with the project under RDEC, which will depend on the status of the principal contracting party.

Your activities may be funded in-house, which keeps things 'simple' (in the world of R&D tax credits!)

Establishing whether or not qualifying expenditure has been subsidised is not always clear cut, especially around the supply of goods or services to a customer on fixed price contracts for example.

So, which scheme should you claim under?

Try as we might, there's no clear-cut answer from the outset that determines whether a project is eligible to be claimed under the SME scheme or the RDEC scheme.

Instead, careful consideration is a must, on a case by case basis, analysing every aspect of your organisation's R&D project from ceilings tests to funding.

As a rough guide, when undertaking a qualifying project, if your organisation is:

You're likely to be eligible to claim under the SME scheme.

All other outcomes must be considered based on the facts in case. Sometimes it is still possible to claim under RDEC and in some instances, you may need to consider if you can claim at all...

As you'll have learned, qualifying criteria for each scheme can quickly become overwhelming, so it's always best to speak to a specialist about your organisation's R&D activities. That way, you can get expert advice on what your next steps should be as well as manage your expectations. Take a look at how working with an R&D tax specialist will benefit your claim.

If you think you're eligible for R&D tax credits but aren't sure which scheme applies to your organisation, let's talk! 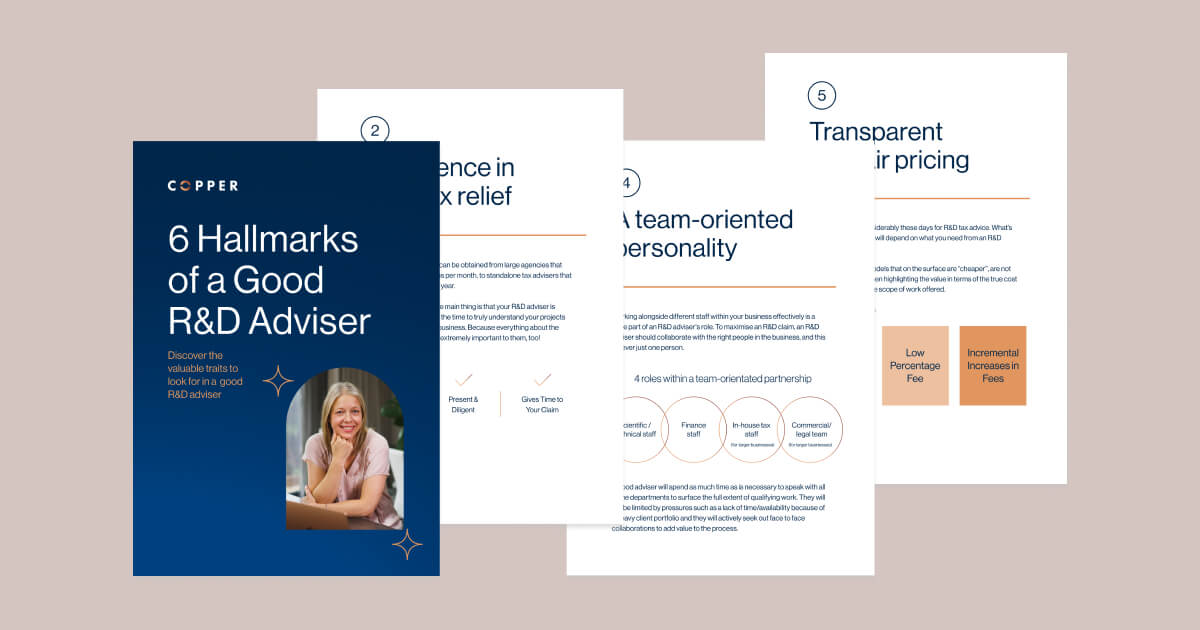 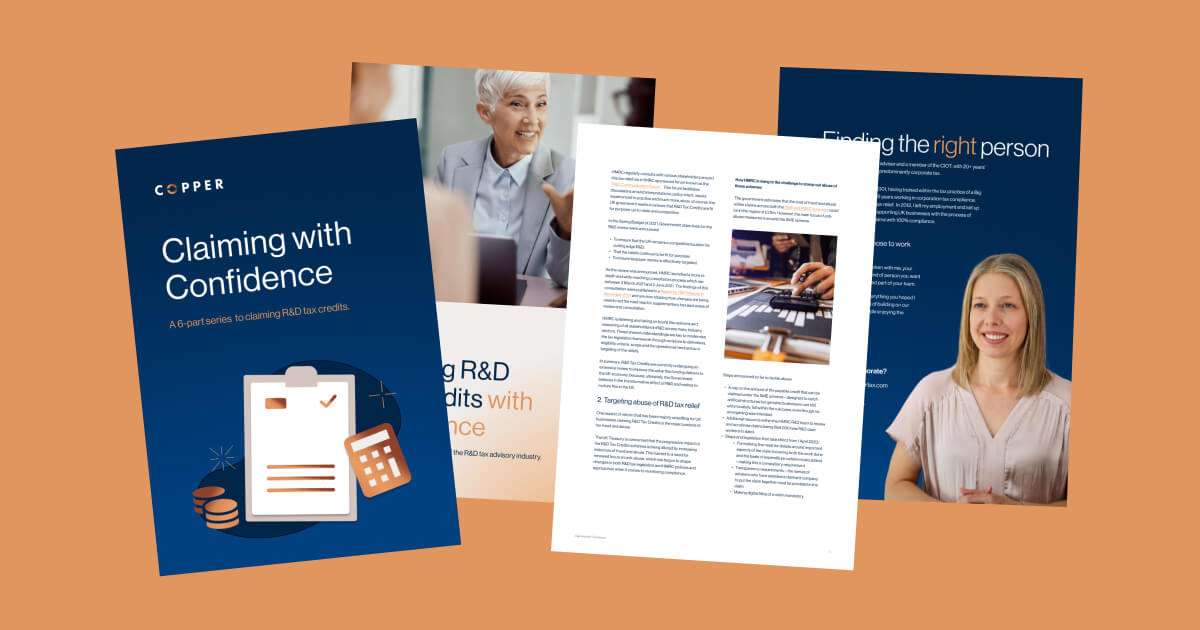 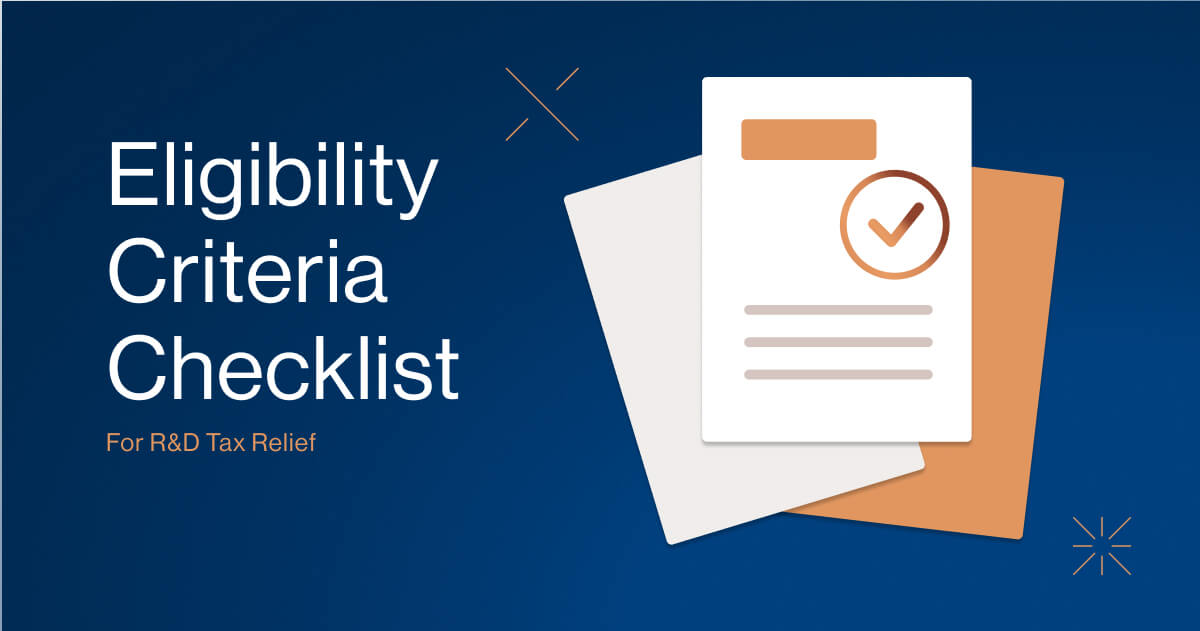 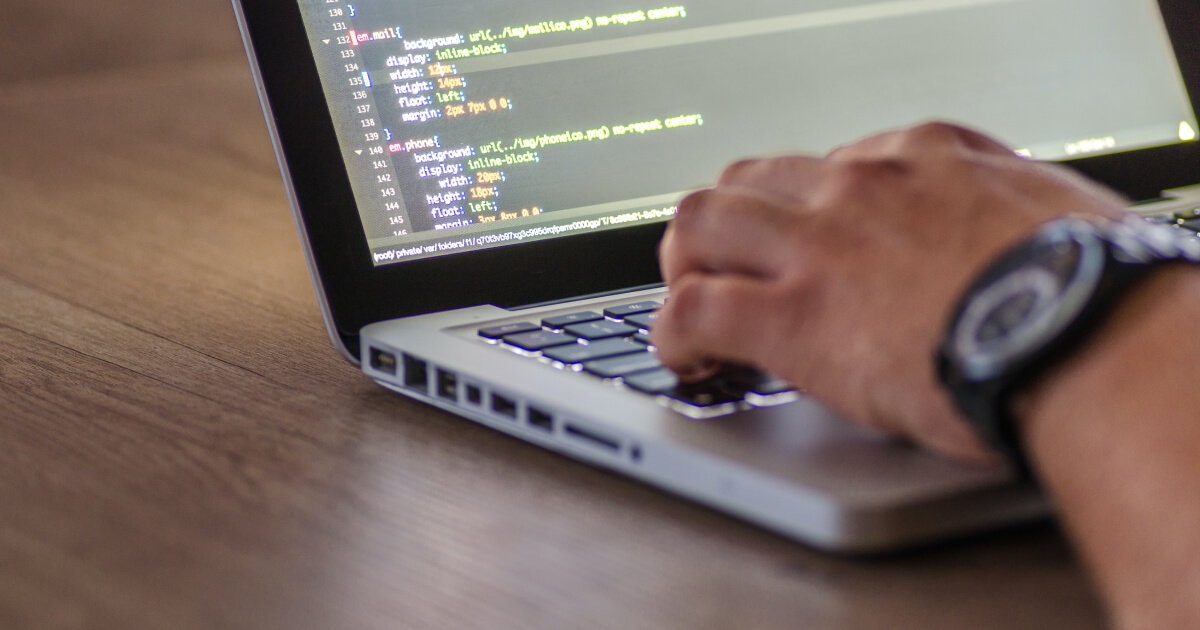 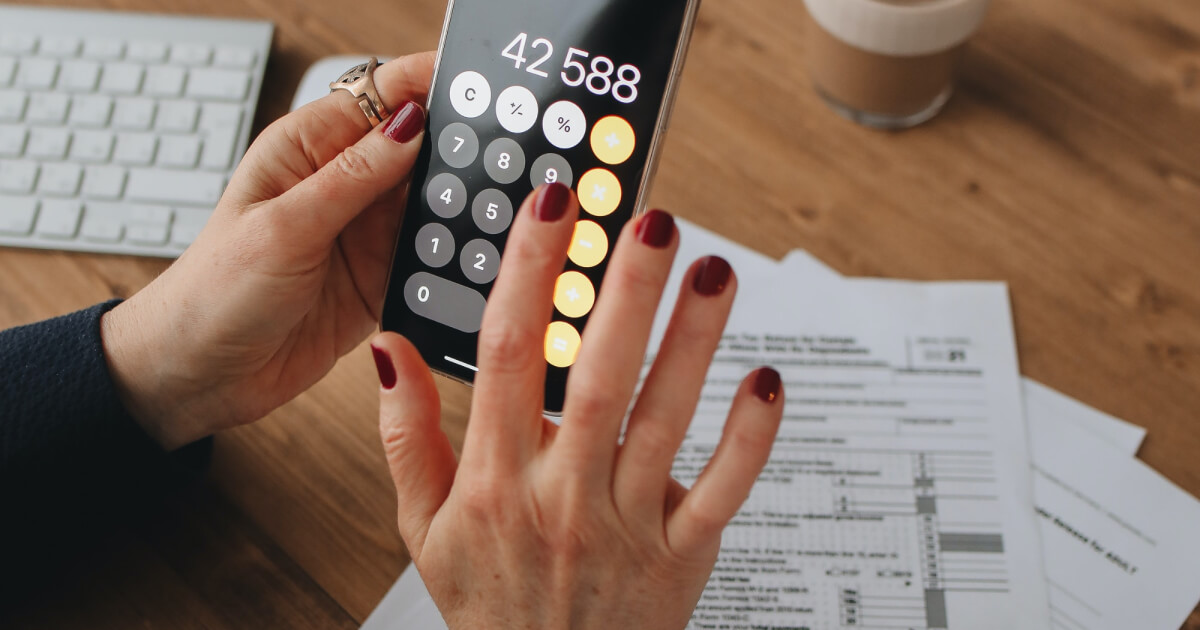 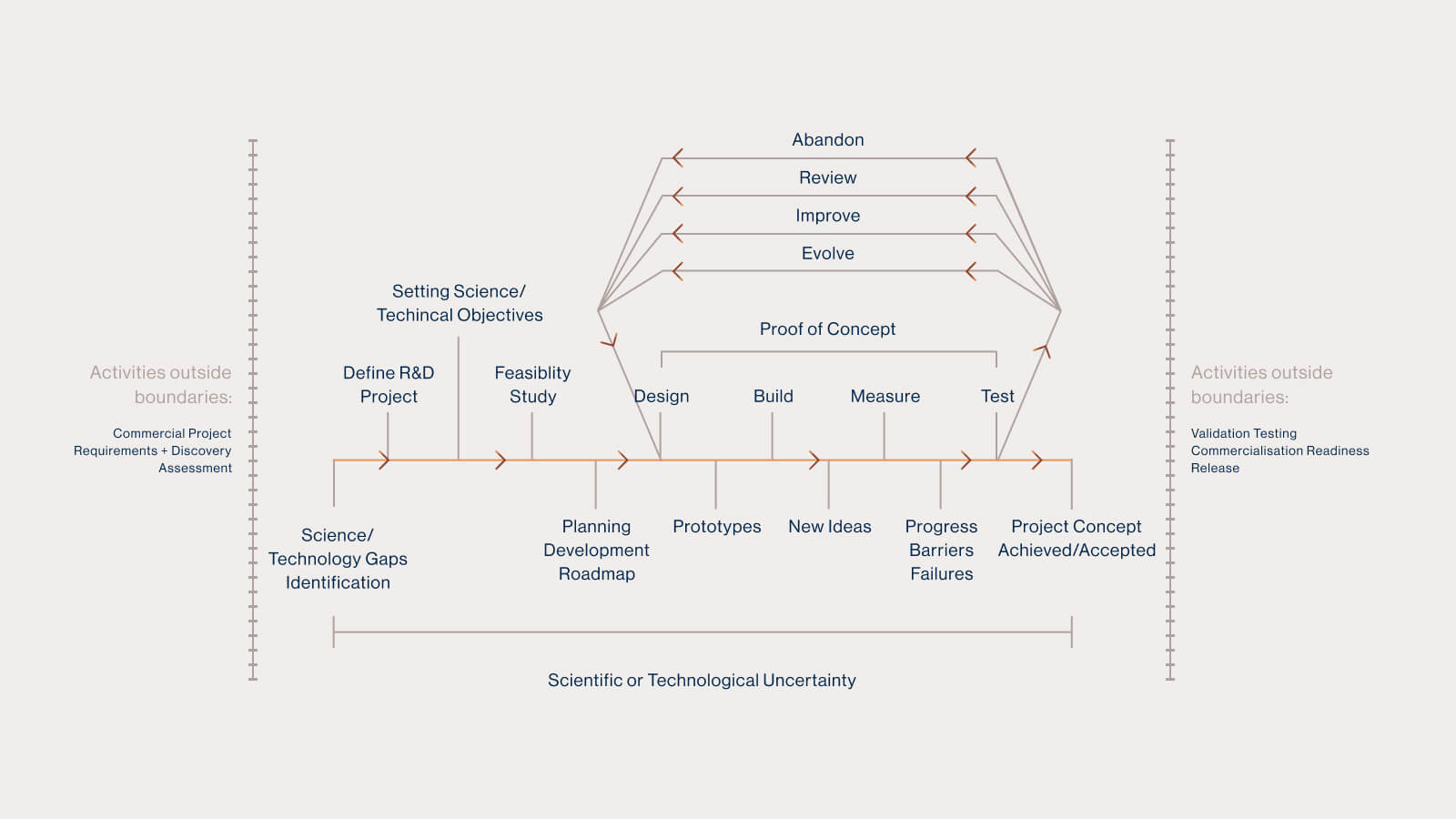 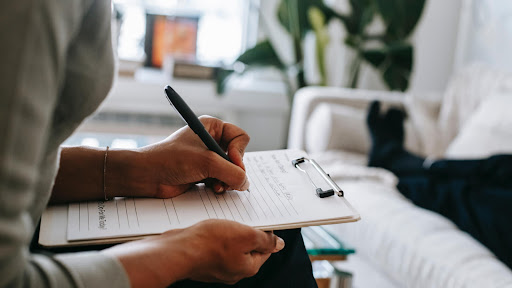 Seeking an Advance Through Resolving Scientific or Technological Uncertainty

Learn how to put together an R&D tax credit claim that stands up to HMRC scrutiny.
Thank you!
Download the book at the button below.
Download PDF
Oops! Something went wrong while submitting the form. 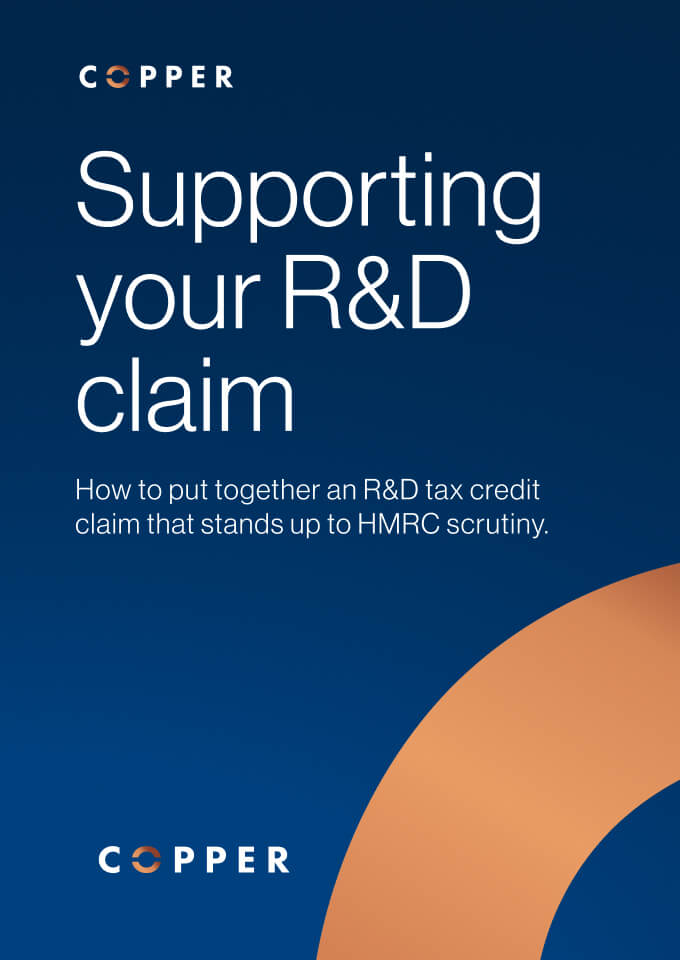